Duke students in Bruce Orenstein’s 2014 Video for Social Change class at the Center for Documentary Studies learned what it means to live the life of a social advocate in North Carolina. Through a series of oral history interviews, students explored the lives and motivations of social activists across North Carolina, painting a portrait of social advocacy efforts related to labor, civil rights, immigration, and education. Bruce believes that these oral histories will give future students and researchers the opportunity to learn about the struggles, successes, and challenges that activists have encountered in the past and continue to confront in the present.

The Duke Human Rights Center@FHI gained access to extended clips of the eight Oral History interviews. These accounts provide an intimate look at the factors that fostered each individual’s engagement in social advocacy and provide a unique perspective on some of the historical moments that have shaped North Carolina’s past and present. Listen to the interviews with some of our community’s most inspiring social advocates including, the speakers below. The entire interviews are available in the Duke Human Rights Archive.

Learn more about some of our community’s most inspiring social advocates including ,

Learn more about them : 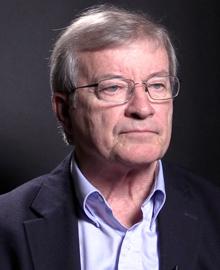 In this interview, the Reverend Mel Williams discusses his career as a member of the faith community and as a social justice advocate. Reverend Williams’ career began during the 1960s. Experiencing the impact of the civil rights movement shaped Williams’ long-standing interest in helping lift marginalized communities out of poverty. Through the years, Williams has headed several projects that endeavor to end poverty in Durham. Reverend Williams’ work includes the Congregations Coalition, End Poverty Durham, the Walltown “Neighbor to Neighbor” mission, and the Coalition for a Non-Violent Durham. Many of these projects have enriched community programs for the unemployed, providing training and jobs while providing individuals with the resources to fulfill their basic needs. During the interview, Reverend Williams also shares insights he has gained about community activism through his spiritual practices. 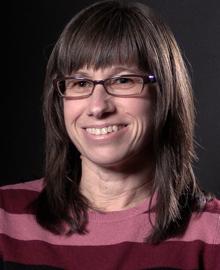 This oral history traces the life and work of farm worker advocate Melinda Wiggins who currently serves as the Executive Director of Student Action with Farmworkers in Durham, North Carolina. Wiggins left the Delta after high school to attend Millsaps College in Jackson, Mississippi. Later, she came to Durham, enrolling in the Duke Divinity School. During her education at Duke and thereafter, Melinda fostered her commitment to social advocacy, initially finding inspiration working to resolve homelessness. These experiences encouraged Wiggins to think critically about systematic change and the ways she could garner her knowledge as a social advocate to move beyond Band-Aid fixes for social challenges and instead, focus on long-term prevention. In this interview, Melinda reflects upon her own development as an activist, as well as the challenges and accomplishments experienced by farmworker advocates in North Carolina and the South. 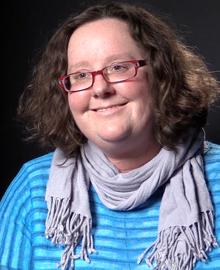 Dani Moore grew up in Tarboro, North Carolina, and earned a B.A. in Economics from Wake Forest University and Harvard Divinity School. Currently, she is the Director of the Immigrants’ Rights Project at the North Carolina Justice Center in Raleigh, NC. In this oral history, she talks about her childhood growing up in a poor family in small town, NC. She touches on the perceived interracial differences and complex social structures that surrounded her throughout the early years of her life. Dani’s social advocacy work has focused on a diversity of communities, from work with LGBTQ organizations to those concerned with advancing immigrant rights. In this interview, Moore takes an in-depth look at the controversies that have historically surrounded immigration debates in North Carolina and the United States at large, and reflects on the on-going challenges faced by North Carolina’s communities of immigrants. 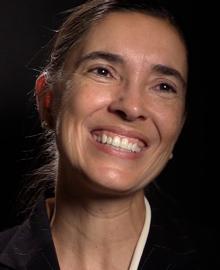 Anita Earls is the founder and Executive Director of the Southern Coalition for Social Justice. Growing up in a mixed-race family, Earls recognized early on the racial inequalities that were present in her own community, watching her father earn less as a urological technician than his white counterparts. Anita went on to attend Williams College, where she became involved in the Student Anti-Apartheid Coalition, the Center for Development Economics and other organizations that nourished her commitment to social equality and civil rights. Since then, Earls has become an experienced civil rights attorney. After a stint working for the Department of Justice, Earls returned to NC, eventually founding the Southern Coalition for Social Justice, an organization that believes that families and communities engaged in social justice struggles need a team of lawyers, social scientists, community organizers and media specialists to support them in their efforts to dismantle structural racism and oppression. 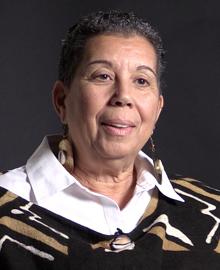 Rukiya Dillahunt, born Elaine Dillahunt, is a retired educator and active advocate. Dillahunt grew up in Charleston, South Carolina and recounts how her youth was impacted by Jim Crow laws. In 1963, encouraged by the NAACP, Rukiya engaged in one of her first activist efforts, joining high school friends in an attempt to integrate a movie theater. After high school, she went on to earn her undergraduate degree from West Virginia State University and then received a Masters in Special Education. Dillahunt moved to North Carolina in 1978. There, she convinced the Assistant Superintendent of Wake County Schools to give her a job for her background in education, an experience that nourished her commitment to education advocacy work. In this oral history, Rukiya discusses her experience organizing with Black Workers for Justice, as well as her tenure as a teacher and assistant principal in the Wake County School System. She also provides insight about the school-to-prison pipeline and its implications for North Carolina’s youth. 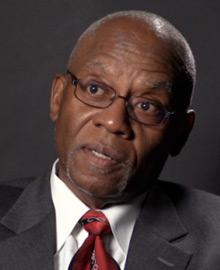 Andrews grew up in a segregated community in Warren County, North Carolina. As a young boy, he grew up working on his parents’ farm. During his childhood, James’ father was an activist for the NAACP, a reality that exposed him to the life of a social advocate. After finishing high school, Andrews moved to Raleigh, enrolling in divinity courses at Shaw University, but was eventually drafted to serve in the Vietnam War. He spent two years in the service and was awarded the Purple Heart after being injured in combat. After returning from the war, Andrews began working at a pickle plant in Henderson, North Carolina, where he began to interact with labor organizing. Over years of work, James began his rise in the ranks of the AFL-CIO, eventually becoming the first African American president of the North Carolina chapter. In this interview, Andrews takes an in-depth look at the history of the labor movement in NC, the state of unions today, and the challenges we will likely confront in the future. 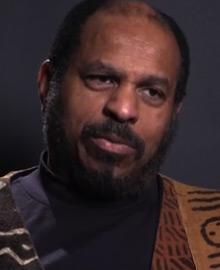 Angaza Laughinghouse is one of the founders of the political organization Black Workers for Justice (BWFJ) based in Raleigh, North Carolina. Laughinghouse first got involved in activism in New York where he spent his childhood. Upon learning about the “Wilmington Ten” and the “Charlotte Three,” Angaza moved to North Carolina, forging relationships with civil rights activists such as Ben Chavis, Jim Grant and Irv Joyner who were committed to challenging Jim Crow segregation in North Carolina. Laughinhouse’s activism grew after the Greensboro Massacre, an event that further inspired his commitment to community and workplace organizing. Angaza’s organizing work was eventually instrumental in the establishment of Black Workers for Justice, a labor rights organization that resulted from protests against the unfair treatment of female workers at a K-Mart in Rocky Mount, NC. Today, BWFJ strives to empower workers to stand up for their own needs both in the workplace and in the community. This interview provides a historical account of the evolution of Black Workers for Justice and Angaza’s commitment to labor and civil rights. 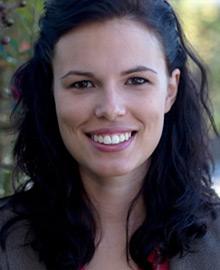 Allison Riggs is a staff attorney for the Southern Coalition for Social Justice. Allison grew up in Morgantown, West Virginia and received her undergraduate and graduate education from the University of Florida. In her interview, she discusses her current work on voting rights, her primary point of focus at the Southern Coalition for Social Justice. Last year, as the Supreme Court overturned Section 5 of the Civil Rights Act of 1965, Riggs worked tirelessly to defend Voting Rights in North Carolina by opposing Voter ID laws and redistricting that would marginalize many voters. She also discusses other problematic discriminatory occurrences in North Carolina, such as police discrimination and profiling, and the subsequent collateral damages that occur from these practices.